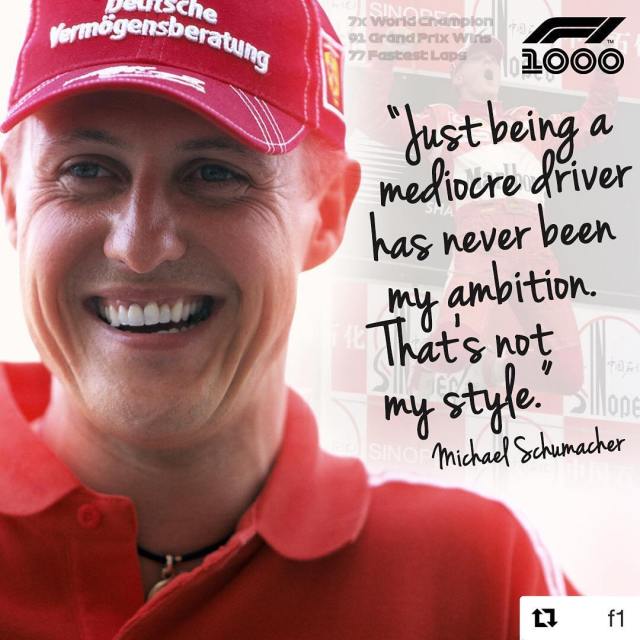 F1 racing legend from the Ferrari team, Michael
Schumacher will be a big exhibition star
Ferrari at the Ferrari museum located in Maranello,
Italy. Exhibition dedicated to one
This sports legend opened on February 3,
the same day Schumacher will celebrate
the 50th birthday.
Ferrari said the event was intended as
celebrations and thanks to racers
The most successful Prancing Horse ever. Exhibition
this will display the elements
bring back memories of the times when
The German man became world champion seven
times as well as being the only person who
have achieved such achievements.

At the Ferrari museum booth will be exhibited
Schumys contribution to the birth of GT cars
produced by Ferrari. Michael Schumacher
won 91 races for almost 17 years
his career. He drives a Jordan Grand Prix,
Benetton and finally Ferrari, before retiring from
Formula one in 2006. In 2010, he
back as a racer for Mercedes.
However, the golden years are when you are
behind the wheel of the Ferrari. Of seven wins
championship, five in a row and occurs when
became the racer of the Italian team, between
2000 to 2004. Two other championships
won with Benettons team in 1994
and 1995. 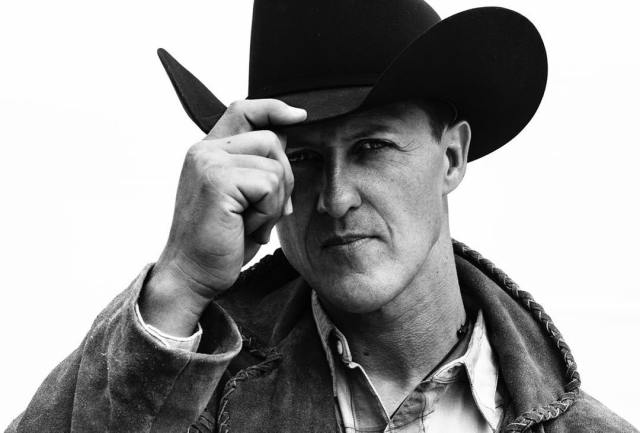 Nearly five years ago, Schumacher experienced
severe injury while going down the ski slope at
French Alps. F1 legend falls and
his head hit the rock, and the fact that he was
wearing a helmet at that time did not prevent it
injured head.

As a result of this incident, the Formula 1 star
have to undergo two operations and spend
a lot of time in commas caused by
drug. His current physical condition is mostly
remains unknown, because people are on
surrounding areas chose to keep it a secret
his suffering. 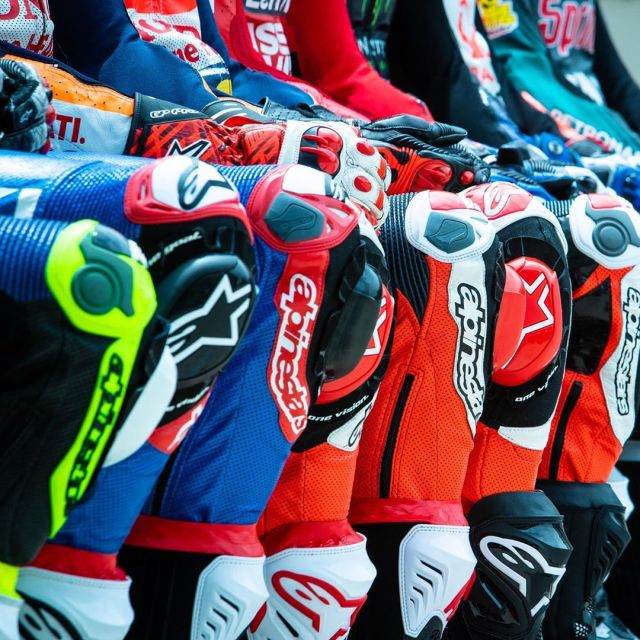 Every time down to the track, MotoGP riders
always use maximum protection. Start
from helmets, gloves, shoes to clothes
racing can protect riders from injury
serious.
Understandably, the MotoGP race continues to drive the motorbike
with high speed, even speed
more than 300 km / h. So, rider
need extra protection. One of them is with
racing suit.

Alpinestars is one of the designers and
manufacturer of racing suits used in MotoGP. In
behind the safe, thick-skinned racing suit,
pinned on some interesting facts as quoted
from the Repsol Box. Anything? 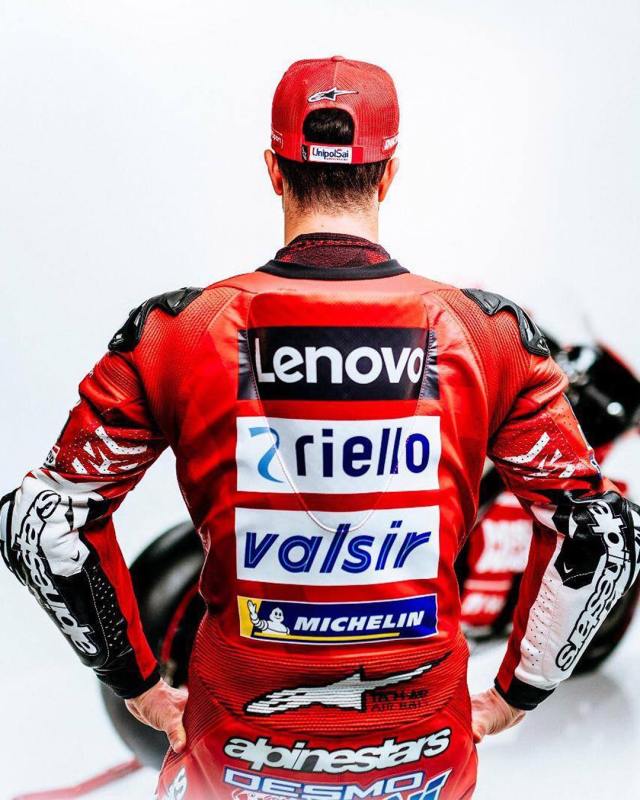 First, the racing suit was made by hand. Clothes
racing is made by hand using
accurate measurement of each drivers body. Protective and fabric must be fit for perfection so that the rider can concentrate
spur the bike to the forefront.
Racing shirts dont just have to give
maximum comfort for motorists but also
maximum protection.
Second, racing suits as designed
Alpinestars are made of 13 pieces of skin. A dozen
the layer is cut and hand sewn. Process
making it takes more than seven and a half hours for each setting.

Third, airbags. The safety device is not
only in the latest cars. Airbags are also pinned
on MotoGP racing suits. Airbags have two
charge and keep expanding for five seconds
after falling. Racing shirts have sensors that are
very sophisticated that can detect whether
the rider is on the track or not and
the difference between falling and almost falling. This
activated almost instantly, even before
the driver hit the asphalt. 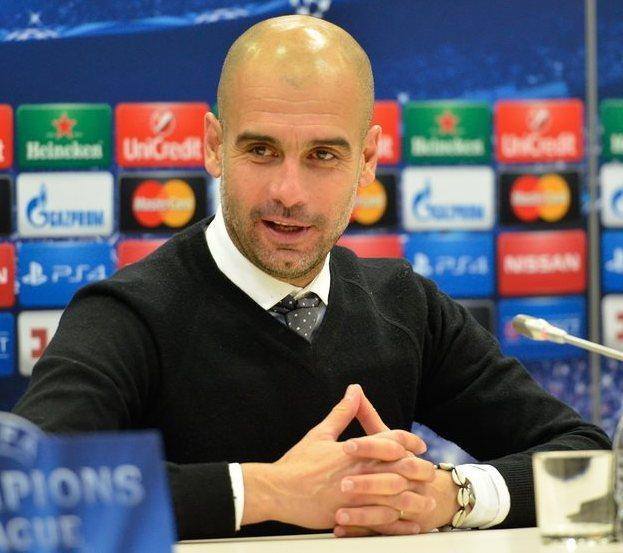 Manchester – English Premier League final, Manchester
City are still competing with Liverpool. Focus
full to City, Pep Guardiola will not monitor
news from the Liverpool match.
The Premier League will play a match
last this weekend. City with 95
points and Liverpool have 94 points still
compete for the title.
City will go to Brighton and Hove headquarters
Albion at The American Express Community
Stadium, Sunday (05/12/2019) night WIB. On
at the same time, Liverpool will host
Wolverhampton Wanderers at Anfield.

Victory over Brighton will ensure the title
champion for City. Therefore, Guardiola will
full focus brings City to three points without
ignoring what happened at Anfield.

“To be honest, its better to focus on what we are
do, “Guardiola said as reported by Sky Sports. 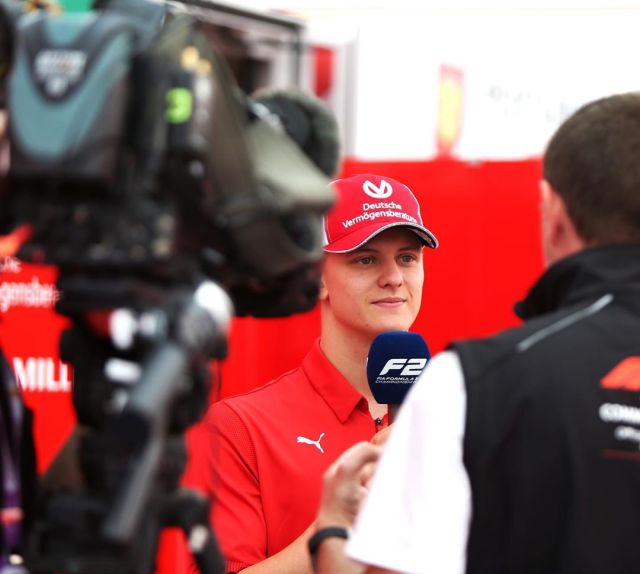 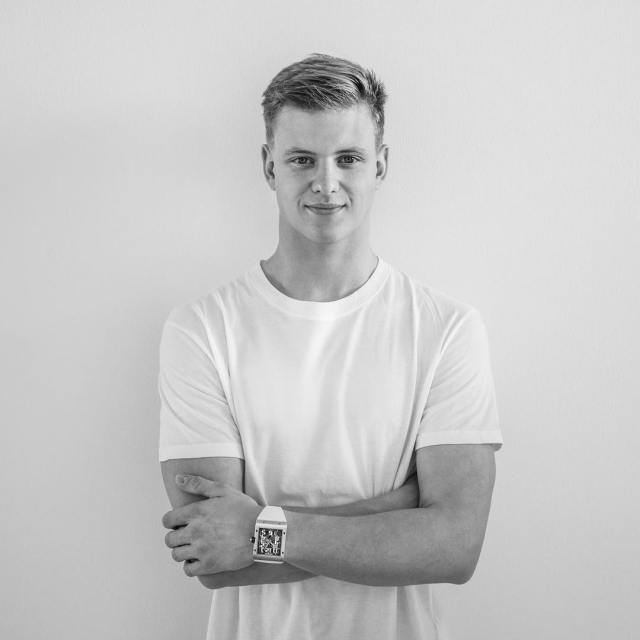 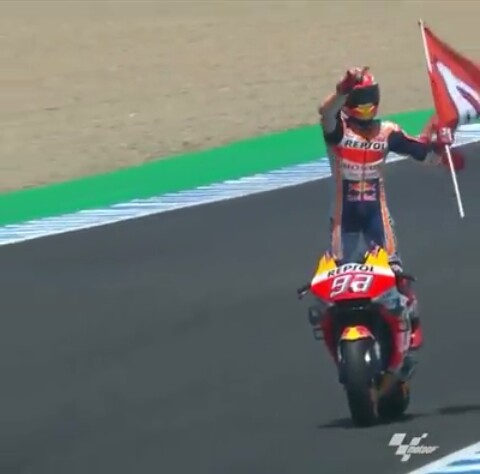 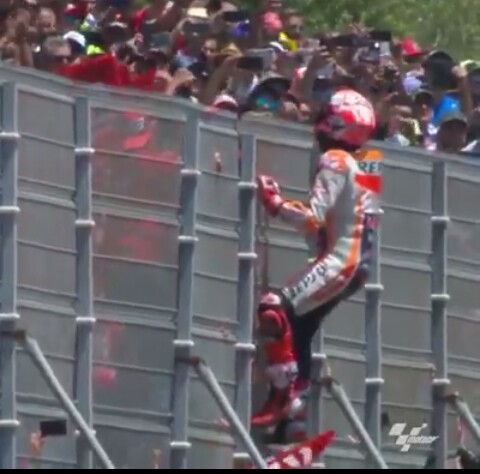 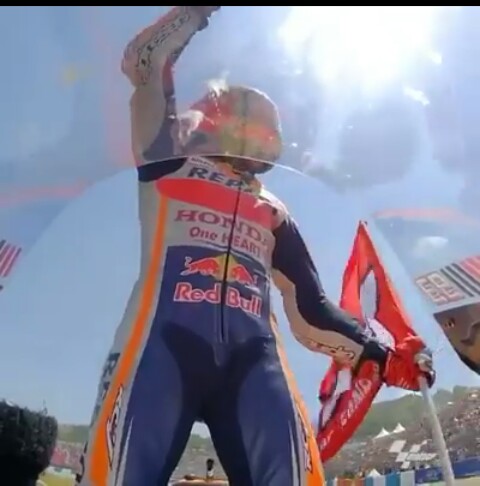 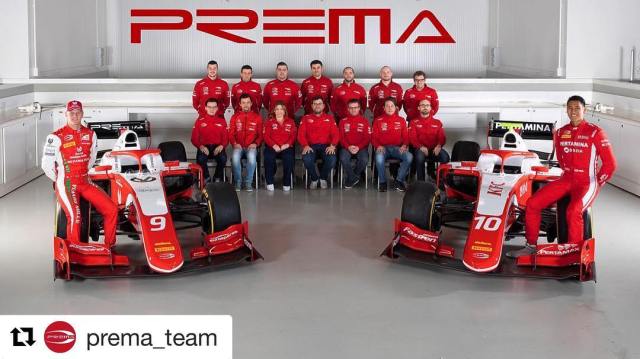 Abu Dhabi – Sean Gelael is no longer accompanied by Nyck de
Vries at Prema Racing next season. Son of legend
F1 Michael Schumacher, Mick, will be a partner
Seans team.
De Vries decided not to extend
his contract with Prema. After finishing fourth
in last seasons racer stand, De Vries will
being behind the wheel of ART Grand Prix.
After officially extending Seans contract, Prema
move quickly bring in a replacement for De Vries.
Finally, Mick was chosen as the F3 champion this season
with a score of eight wins and 14
the podium with the Prema satellite team there, Prema
Powerteam. 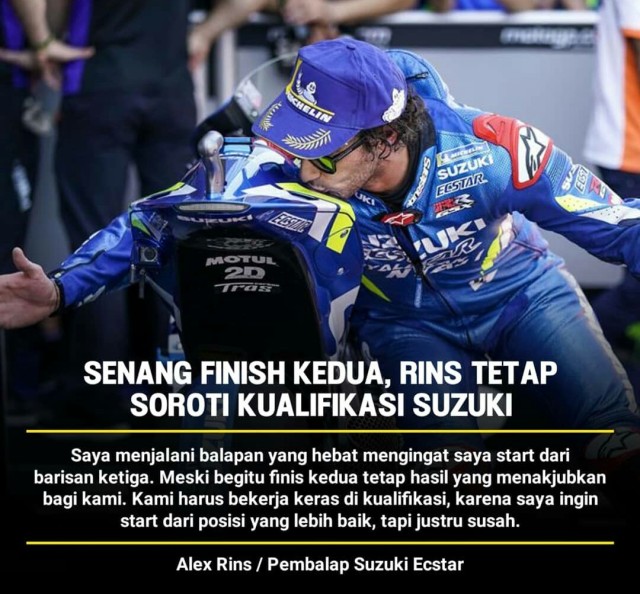 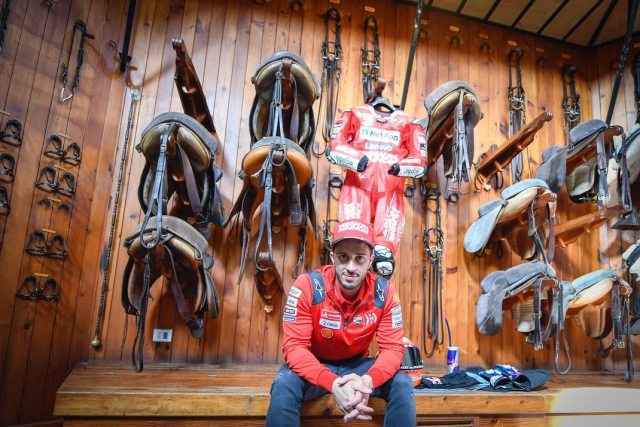 Misano – Ducati MotoGP racer, Andrea
Dovizioso, confirmed that he would move the ride
from the Ducati Desmosedici GP19 to the Audi race car
RS 5 DTM. But not moving forever, huh
Dovisiozo will only try the Audi RS 5 cockpit
DTM during the weekend of June, on8 and 9.
“Im happy that we managed to get it
real superstar in Andrea Dovizioso,
to be a guest on DTM, “said the Head of Audi
Motorsport Dieter Gass,

“The MotoGP rider is a true hero in Italy.
Andrea is from the Misano area, won
MotoGP was there last year. This will certainly be interesting
lots of additional fans. He is fantastic,
because it takes time for DTM between two
MotoGP racing series. I want to say thank you
love, especially to Ducati CEO Claudio
Domenicali and General Manager of Ducati Corse
Luigi DallIgna, who permitted. Thats a big thing
for DTM and for motorsport in general, ”
bright Dieter.
The plan is that Dovizioso will join the Audi team
Sport at DTM for one weekend. Racer
33-year-old will drive an Audi RS 5
DTM, and take part in fighting for the trophy at
two racing series 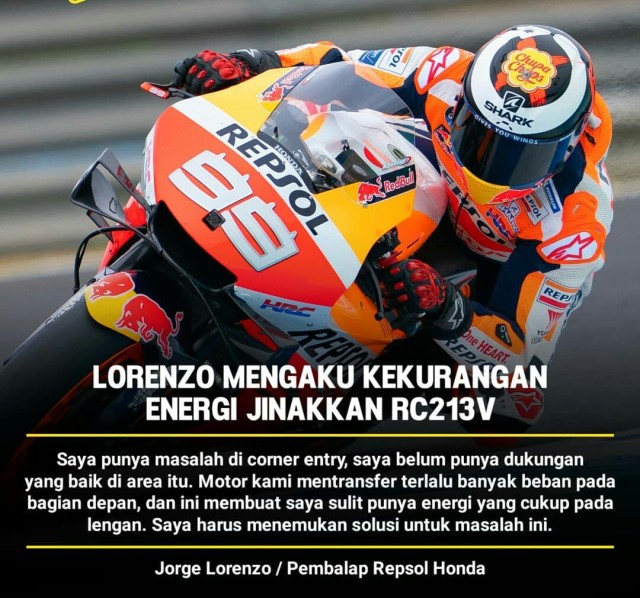 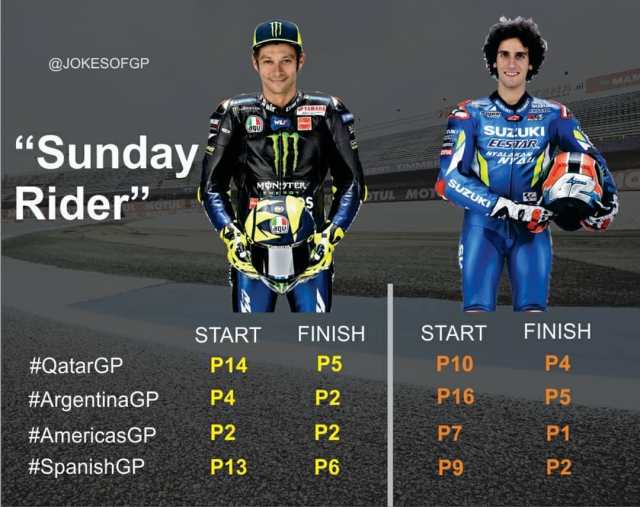